A visit at the European Central Bank by Sarah Linke, Q2 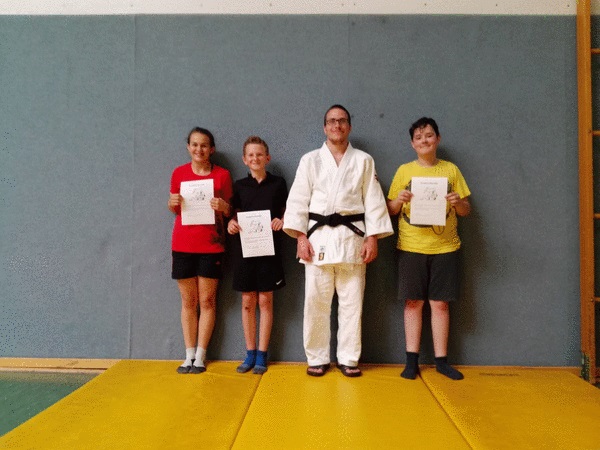 The Q2 PoWi-Bili class of Ms. Wiser visited the European Central Bank in Frankfurt to end the school year with politics and economics seen in action.  What’s a better place to do this than in the heart of the EU’s institute for price stability?
The new and quite modern sky scraper that adds to Frankfurt’s famous skyline is the new home of the ECB, the institution that monitors the economics of one of the biggest free markets in the world, also known as European Economic Area. As one would expect, we all had our concerns and thoughts about the ECB since we prepared beforehand and discussed questions in class like “Why is Greece still suffering from the repercussions of the financial crisis?” or “Should the key interest rate stay at almost 0%?”. A lot of anti-capitalist jokes and comments were made that day, even after we went through airport-like security checks and waited for our turn to go inside the building.
Though a lot of the foyer is under construction, the space is overflowing with natural light bouncing of the polished stone elements. Besides our group there were businessmen and –women from Hong Kong and a few Americans as we were greeted by two young men, one of which turned out to be our guide, giving us a presentation on how the European Central Bank works.
After we had enjoyed our coffee, soft drinks and little snacks we were led into a room resembling almost an auditorium from a University. The lecture was held in English and we were all pretty happy that Ms. Wiser had insisted on giving us vocabulary sheets and we prepared intensely before the visit because otherwise a lot of the financial terms would have caused confusion.  The presenter clearly knew what he was talking about since he could recite facts about which country meets which criteria to join the European Union or other complicated structures of the ECB off the top of his head. He was also open for questions from the audience, but showed that monetary policy is not focused on a social aspect and at times even undemocratic, but they aim for transparency by publishing the current status of what they’re regularly working on.
The main goal for this institution is to keep up price stability – meaning that it wants to safeguard the Euro. This can be done with multiple measures, such as the key interest rate I mentioned before. It currently sits around 0% because southern European countries are still recovering from the financial crisis and a higher interest rate would hinder that process, we were told. Another way to keep the price stable is the inflation rate which should always be around 2%.
This, and the many other things the ECB does, such as implementing monetary policy or supervising banks, aims for smooth operation of payment systems and all in all, easier ways for European and international cooperation. The effects of this can we all see and experience as citizens of the EU.
In conclusion, the sophisticated presentation, which lasted around 90 minutes, and the overall feeling to have such an important institution in front of our doorstep really drew attention to the fact how much economics and politics affect our everyday life. The complexity of all processes within the European Union is vast and not to be underestimated. Though the European Central Bank is not perfect, a look into it and an actual conversation with somebody who works there can give another perspective on it, which is rather hard to grasp in a classroom.